I’ve seen this movie twice and a facebook friend and I were having a conversation about it. I just wanted to put together all my comments because I noticed I ended up writing a somewhat full clinical analysis of the movie. I’ll begin by saying that psychologically speaking, the movie is exquisitely well made. Everything fits.

First of all when it comes to a diagnosis it can be complicated but Nina Sayers had some significant Obsessive – Compulsive traits in her personality which is why she always wanted to be perfect, so much that she couldn’t «let herself go» and become the black swan on stage. Also, as the movie progresses and the pressure of becoming the black swan gets stronger, the black swan personality traits (which she’s had all along inside of her but she never uses) are forced out as a secondary identity. She dissociates those traits and manifests them as a secondary identity because, due to her OCD personality those traits cannot coexist with the innocent and «perfect» girl she’s been taught she should be.

The secondary identity manifestation makes me think she was abused or neglected as an infant (probably during the first 12 months of her life, remember her mother blamed her for having to leave her own career as a dancer at 28), that’s when people form a tendency to develop different dissociative disorders and split their personality under periods of serious stress.

The eating disorder is shown not only when she pukes but when she becomes so stressed about the cake (which her mother tries to force on her, maybe to sabotage her due to envy) and the egg and the grapefruit she ate for breakfast. Yes, the symptom is stress related but that’s how eating disorders work, they’re stress related. Those patients live in stress all the time, usually related to being perfect and not being able to control anything in their lives but their bodies. The symptom becomes a cycle and it gets worse every time something in the environment triggers it, for example, Nina threw up every time she was not being «chosen» by the ballet director who, instead, was paying attention to another dancer.

Now, DID plus OCD is a terminal combo in a way, especially under the right (wrong?) circumstances. But the DID is the most dangerous one, when a person develops different identities that switch like that it’s usually because they cannot accept/integrate all their personality traits and keep them whole in a fully functional package (like most people do) so some of the traits «come to life» under certain circumstances. If the
different identities find it in their nature to be one against the other they end up competing for dominance and might try to eliminate each other. But attacking the other identity is, in the end, attacking themselves (because they share the same body). Suicide and self harm rates are high among these people. At least it looks like suicide when it is, in a way… murder. 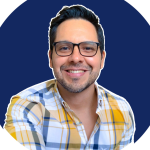